How to Pay Off Debt 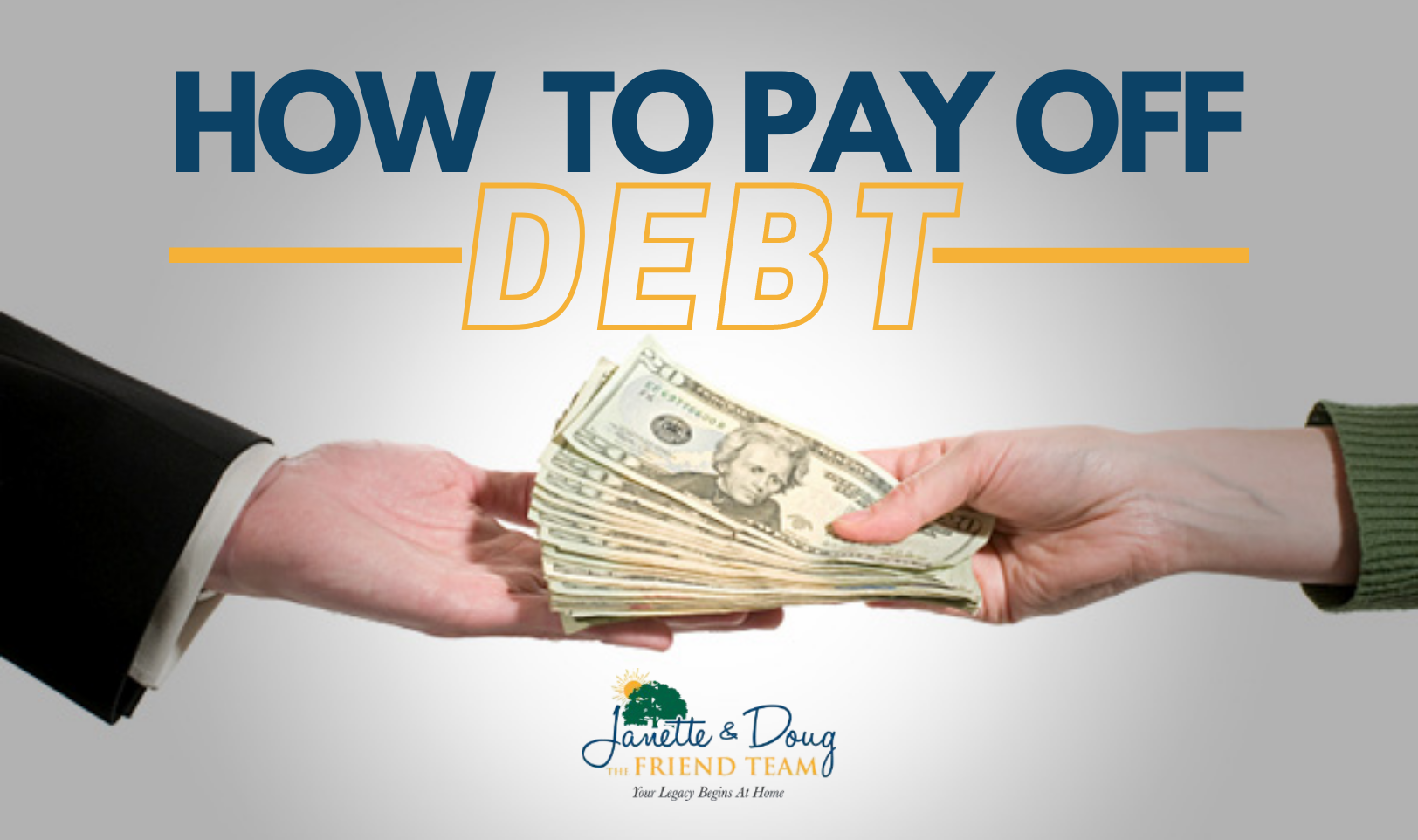 If you owe money on student loans, car loans, and credit card bills, you’re not alone.

The latest numbers from the Federal Reserve show that the total national household debt stands at a whopping $14.27 trillion. That’s trillion with a “T.” Yeah, it’s safe to say that worrying about debt is a national epidemic at this point.

Even though we all know that debt is a huge problem, everyone still thinks it’s a normal part of life. And when you start talking about paying off debt, they look at you like you’re nuts. The hard truth is, debt robs you of your money now and steals from your future. Plus, you’re stuck paying for stuff from the past! Like those on-a-whim shopping sprees from your college days, old Rex the dog’s vet bill (he’s not even your pet anymore), and groceries from all those times there was more month than money. Not to mention you’re saddled with paying insane amounts of interest too.

If it sounds like a mess, that’s because it is. But stick with us here, we’ll show you how to pay off debt and stay away for good.

Anytime you owe money to someone else—that’s debt. Yep, we’re talking about credit cards (even if you pay them off every month!), student loans, the mortgage, payday loans, personal loans and even car loans.

Monthly bills, like electricity, water and utilities, aren’t debt—those are just your normal expenses. The same goes for things like insurance, taxes, groceries and childcare costs. But how you pay for these routine monthly expenses can turn into debt. If you use credit cards to pay for your electric bill, your groceries or your car registration, you might be well on your way to racking up a mountain of debt.

And what about your house? Yes, your mortgage is technically a type of debt, but it’s the only one Dave Ramsey won’t give you a hard time about. That is, as long as your payments aren’t more than 25% of your monthly take-home pay and you stick to a 15-year, fixed-rate mortgage. But that’s a different rant for a different day.

Remember, if you owe a balance and make payments to someone, you’re in debt. But you don’t want to stay there! Now that we’ve called out the different types of debt, it’s time you get cracking on paying off debt. You need to give debt the boot as quickly and as intensely as you possibly can. Get angry at it and then tackle it with all you’ve got! But first things first—you have to know how much you owe. And even though that can be a scary number to see in black and white, you’ve got to do it.

How Much Debt Do You Have?

Adding up the grand total of your debt isn’t going to be pretty or fun. Still, you’ve got to rip the Band-Aid off and know what that number is so you can attack it. So, take a deep breath and open up that envelope or account page. Look at the number, make peace with it, and then tell yourself, I can do this. You can get rid of that nasty debt once and for all.

Now that you’ve drummed up all the courage you had and saw some (maybe unnerving) numbers, it’s time for some good news. Let’s figure out how soon you can pay it all off! Use this super easy debt snowball calculator tool to add up all your debt and find out how fast you can get it out of your life. No more hiding your head in the sand—it’s time to face the truth so you can do something about it!

Once you get your results, take a deep breath again (don’t freak out!) and stick with us here. We’ll show you the proven plan that will not only help you pay off debt but kick debt to the curb for good.

Let’s get straight to the point on this one—paying off debt is never easy. We’re fully aware of the buzz surrounding all the “quick” ways to clean up your debt, but if it sounds too good to be true, then it probably is. Let’s look at some of the options out there and why you should steer clear: 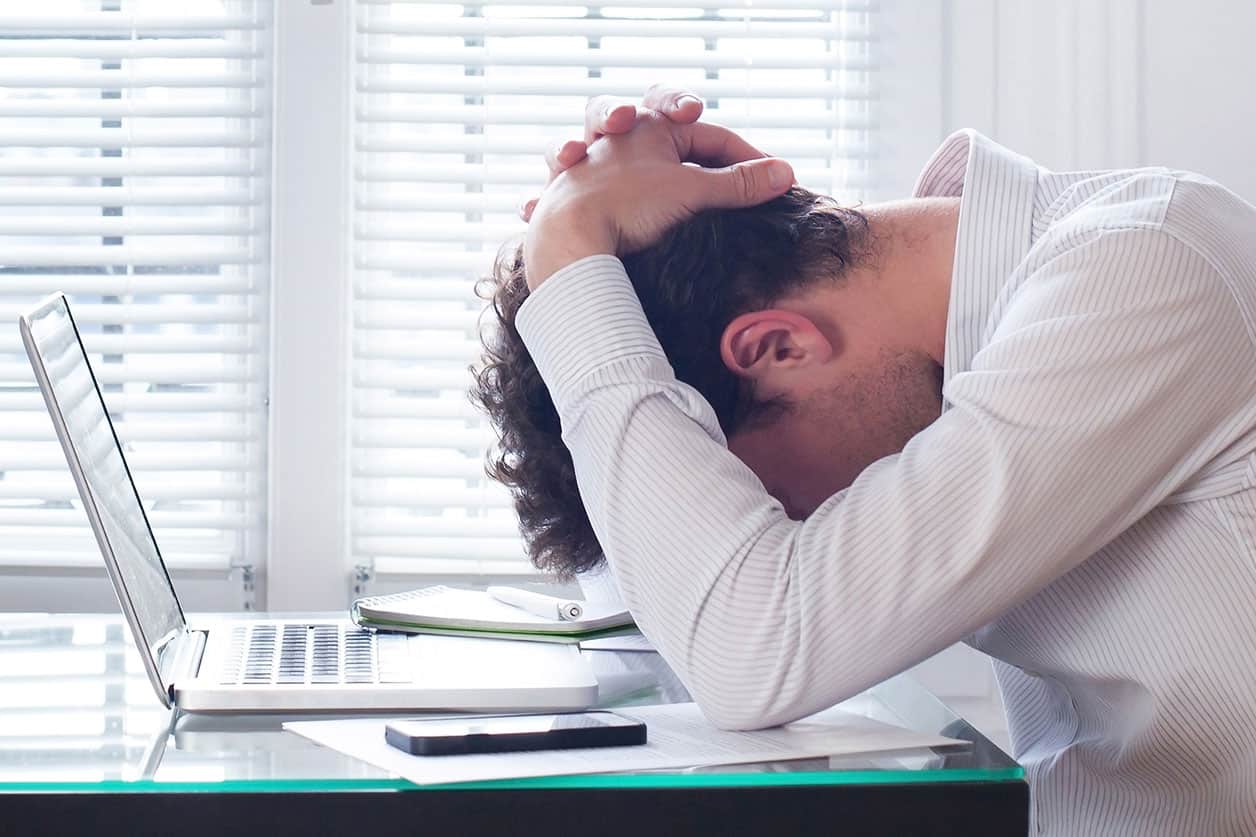 This is basically a loan that combines all your debts into one single payment. It sounds like a good idea at first, until you find out that the lifespan of your loans increases, meaning that now you’ll stay in debt even longer. And the low-interest rate that looks so appealing right now—guess what? It usually goes up over time too. Quick recap: Stretching out the time you’re paying off debt, plus interest going up, equals a bad deal. Don’t do it.

Debt settlement companies are the seedy underbelly of the financial world. Run from this option. Companies will charge you a fee and then promise to negotiate with your creditors to reduce what you owe. Usually, they just take your money and leave you responsible for your debt. Uh, we’ll pass.

Nope. Not good. Never borrow from your 401(k) to pay off your debt! You could get hit with penalties, fees, and taxes on your withdrawal. By the time you add all that up, it’s not worth it. Plus, you want to keep that money invested toward your retirement—not pay for the mistakes of the past.

It’s never a good idea to borrow money against your home. You risk losing your house if you can’t pay back the loan on time. No thanks! It’s not worth a risk like that. Forget it, and just don’t do it.

At the end of the day, these types of debt reduction options are dicey at best, and they’re only treating the symptoms of your money problems anyway. They’ll never help you address the root issue of why you landed here in the first place. You don’t need to consolidate, settle, or borrow to deal with your debt. You need to change how you handle your money—plain and simple. Your money will never change until you do!

How to Pay Off Debt (the Smart Way)

No, seriously. Never again. Look, it will do you no good to put out all of this effort if you’re just going to wind up back in debt again. If this is going to work, you have to commit to the mindset that debt is dumb (because it is). You can dodge it all you want, but the simple truth is, you won’t ever get ahead if you’re spending more than you’re making each month. If you want to start winning with money, you have to make a plan and tell every single dollar where you want it to go before it’s spent. Our free budgeting app, EveryDollar, makes creating your first budget super simple.

Your budget might be a little wonky at first, but don’t give up! It takes people about three months to get into a regular rhythm with a budget. But we promise it’s worth the effort. The budget is going to help keep you on track as you work toward paying off debt. And despite what you might have heard, having a budget doesn’t put an end to all your fun—the budget actually gives you the freedom to spend. And it gives you peace of mind knowing exactly where your hard-earned money is going. 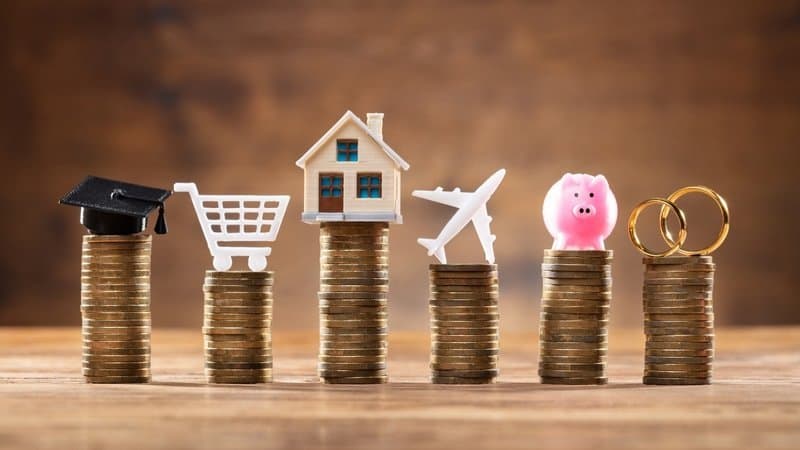 3. Use the debt sowball method.

Now that you’ve got your budget set, it’s time to start paying off debt! And the best way to pay off your debt is with the debt snowball method. This is the way to gain major momentum as you pay off your debts in order from smallest to largest.

We know there are a lot of people out there who will tell you to pay off your largest debt or the one with the highest interest rate first. Sure, the math makes sense, but paying off debt is more than just the numbers. If you’re going to stick with it, you need to see quick wins and feel like you’re making progress—that’s where the debt snowball comes in. 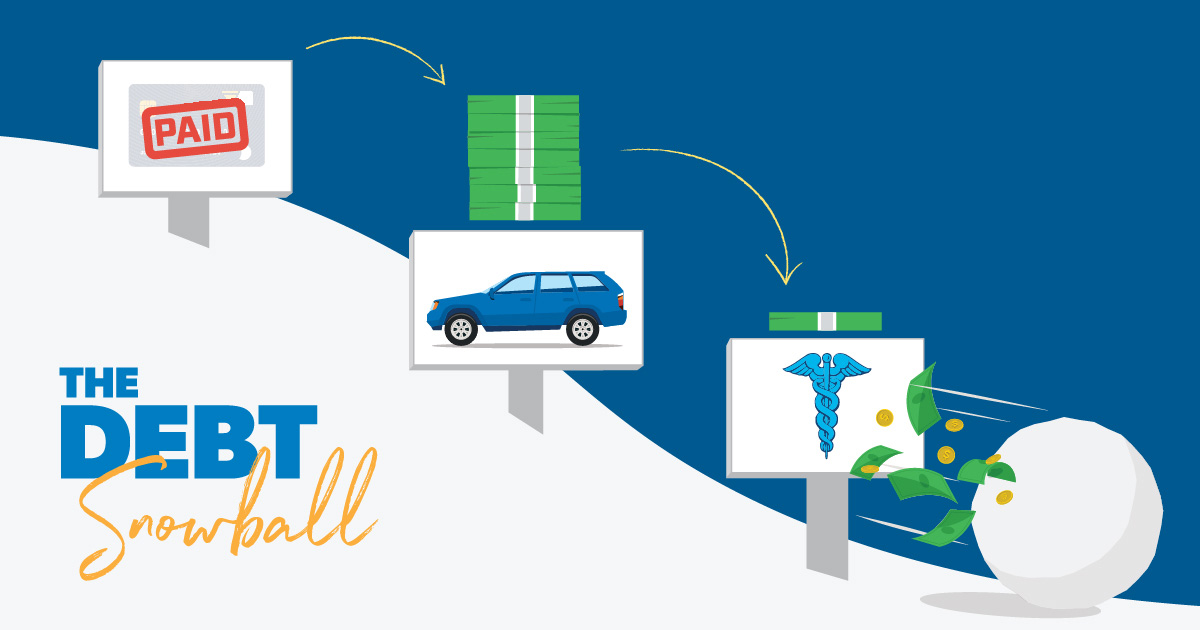 Let’s look at how the debt snowball works:

4. Get on the proven plan for your money.

It’s time to crush your debt, take control of your money, and start living for your future instead of your past. You can do this! Whether you’re just starting to pay off your debt or you’re a few years in (and ready to kick it into high gear) 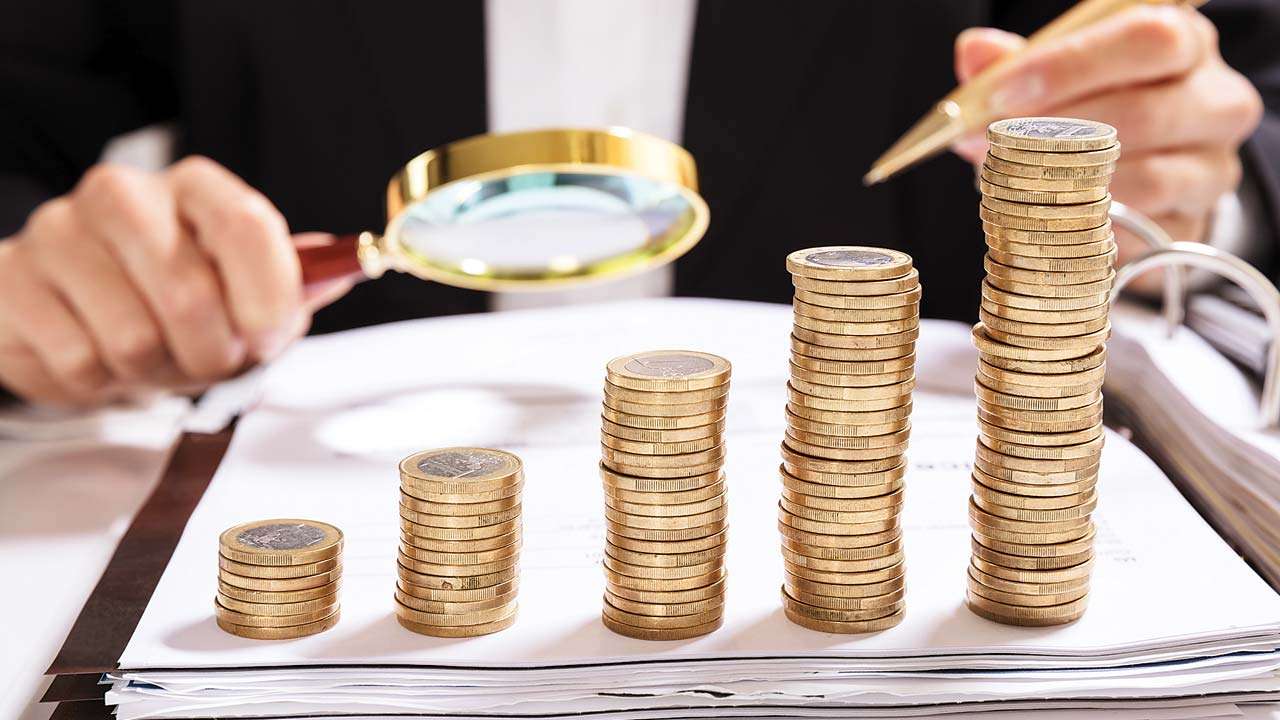 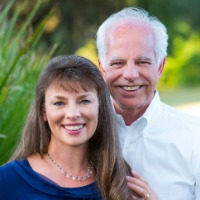 Key Factors to Consider as You Cultivate Your House-Hunting Wishlist

When searching for your dream home, it’s easy to become swept away by a property’s beauty and make a buying decision based on your emotional reaction. However, as one of the most

Why Isn't My Home Selling as Fast as I think it Should?

If the listing for your home hasn't been attracting buyers for a few weeks in a fast-paced real estate market, or for a few months in a slower one, you certainly have good reason to be concerned.

Whether you just got your house keys last week or you've lived in your home for almost 20 years, you could always sell your home whenever you want. However, experts strongly advise homeowners to

How to Protect Yourself From Identity Theft

Identity theft has affected tens of millions of Americans in recent years, according to the Federal Trade Commission, and more than half of victims say they don't know how thieves got their

By registering, you agree to our terms of use and that real estate professionals and lenders may call/text you about your inquiry, which may involve use of automated means and prerecorded/artificial voices. You don't need to consent as a condition of buying any property, goods or services. Messages/data rates may apply.